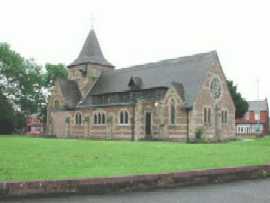 The Roll of Honour is inscribed on a memorial in the form of a stone cross which is situated at the entrance to the churchyard. The memorial also contains a dedication inscription that reads as follows:

COMMONWEALTH WAR GRAVES WITHIN THE CHURCHYARD