THIS TABLET IS A TOKEN OF APPRECIATION OF THE SERVICE GIVEN

BY THE 128 MEN OF THE PATRICROFT STEAM SHED

WHO FOUGHT IN PRACTICALLY ALL THEATRES OF THE WAR

AND IS IN PROUD AND IMPERISHABLE MEMORY OF THE UNDERMENTIONED MEN

WHO MADE THE SUPREME SACRIFICE

'Forget us not O Land for which we fell

May it go well with England, still go well

Keep her proud banner without blot or stain

Lest we may dream that we have died in vain'

The Patricroft Engine Shed War Memorial was unveiled before a crowd of more than 2000 spectators on Saturday, 21st July 1923, at 4.00pm, by Mr. E G Purser Manager at the Crewe Works of the London Midland & South Railway. A total of 128 of the shed employees had served in the forces during the conflict, 4 of which had been awarded the Military Medal. The memorial which was originally fixed to one of the engine shed walls, listed the names of the 27 employees that were killed during the war. 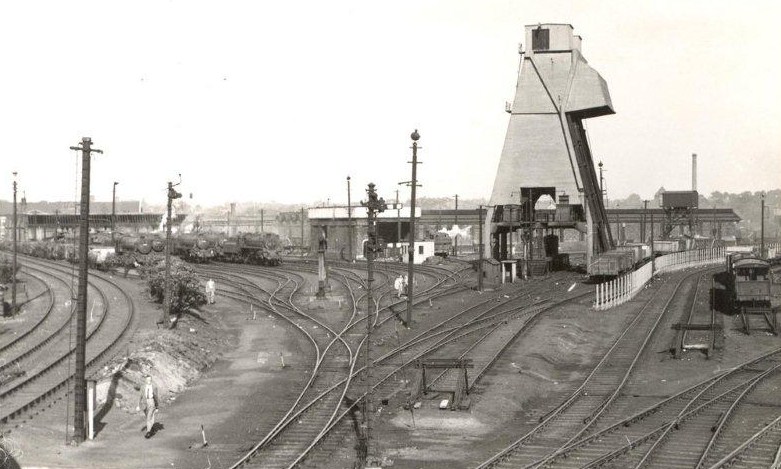 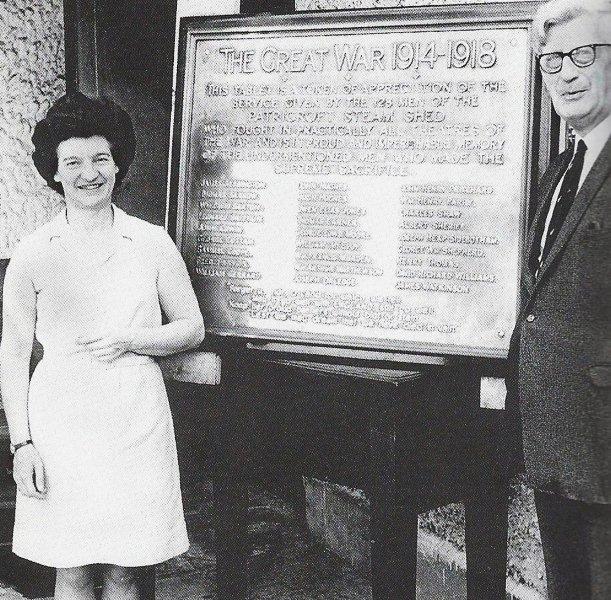 A photo taken in 1971 of  Madeline Patry, Borough Librarian and Frank Mullineux,the keeper of Monks Hall Museum, taking possesion of the Patricroft Loco Sheds Memorial and providing a permanent new home due to the closure and subsequent demolition of the sheds and yards that began in 1968.

The memorial is now in the care of Salford Local History Library.